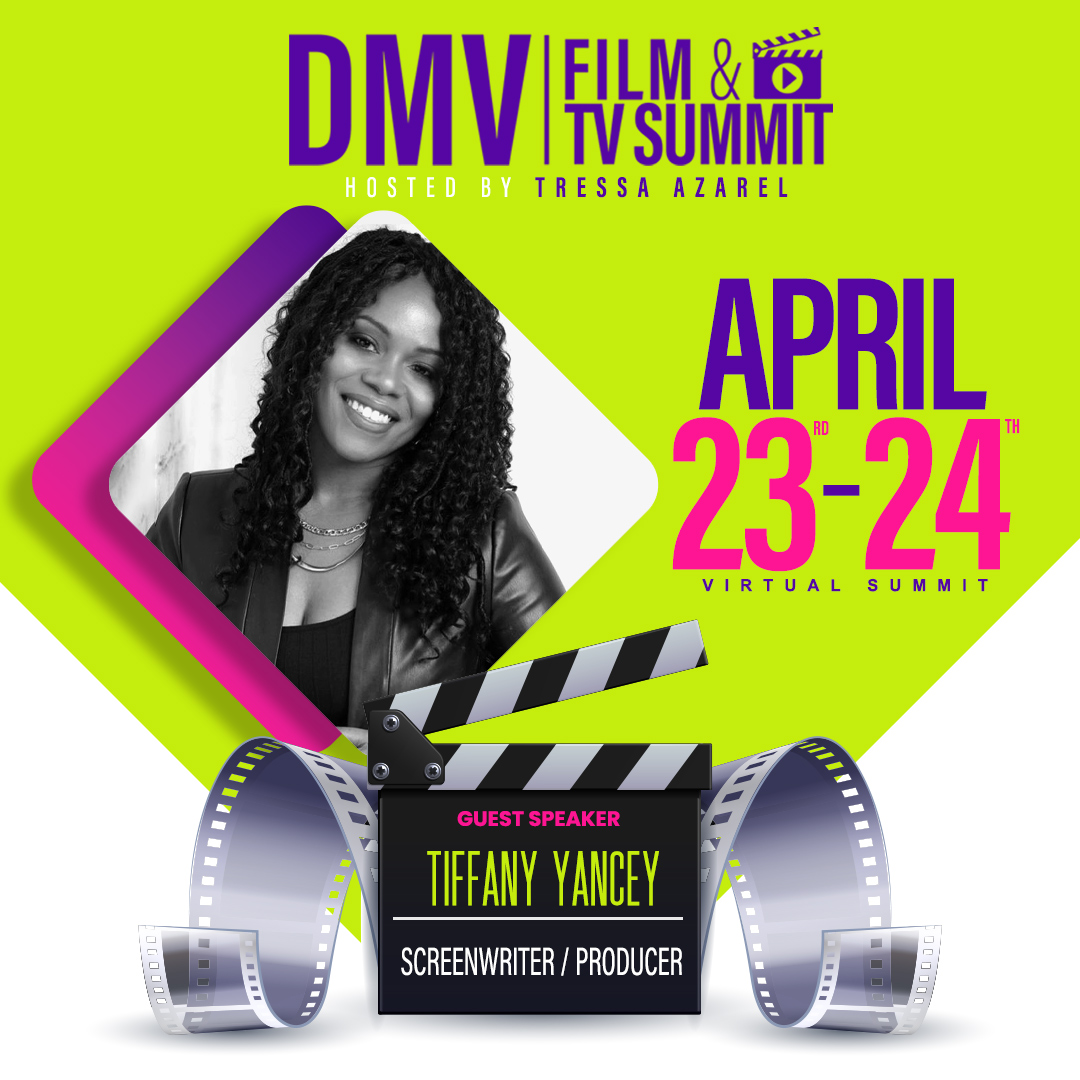 Tiffany Yancey is an award winning screenwriter, actress and producer with over twenty years of experience in the entertainment industry.  She is a Philadelphia native and graduate of Temple University with a B.A. in Communications. After relocating to the Washington, D.C. area, she caught the acting bug and began performing in numerous stage, commercial and independent film productions throughout the metropolitan area.

After many years of honing her acting skills, she decided to take her career in her own hands and started writing, producing and starring in her own projects. Her hilarious first film “Love Him Or Leave Him” received the “Best Comedic Feature” award at the Urban Media Film Makers Festival in 2015 and “Best Score” at the Philadelphia Film Awards in 2016.

Her Christmas comedy, “Holiday Heartbreak” produced by Mega Mind Media, in Dec. 2020 on BET networks. It was recognized as “Movie of The Week” by the iconic publication, Ebony magazine and garnered multiple nominations at the 2021 HAPA Awards including a “Best Actress” win by Maryam Basir.

Her next screenplay, “That’s Her” which will star and be produced by comedian, Kountry Wayne and set to go into production in late 2022. As an actress, she starred in the relationship TV drama, “Perfect” that was an official selection at the 2021 American Black Film Festival.  She is currently writing and producing new movie/TV projects that will be released in the near future by Mega Mind Media.