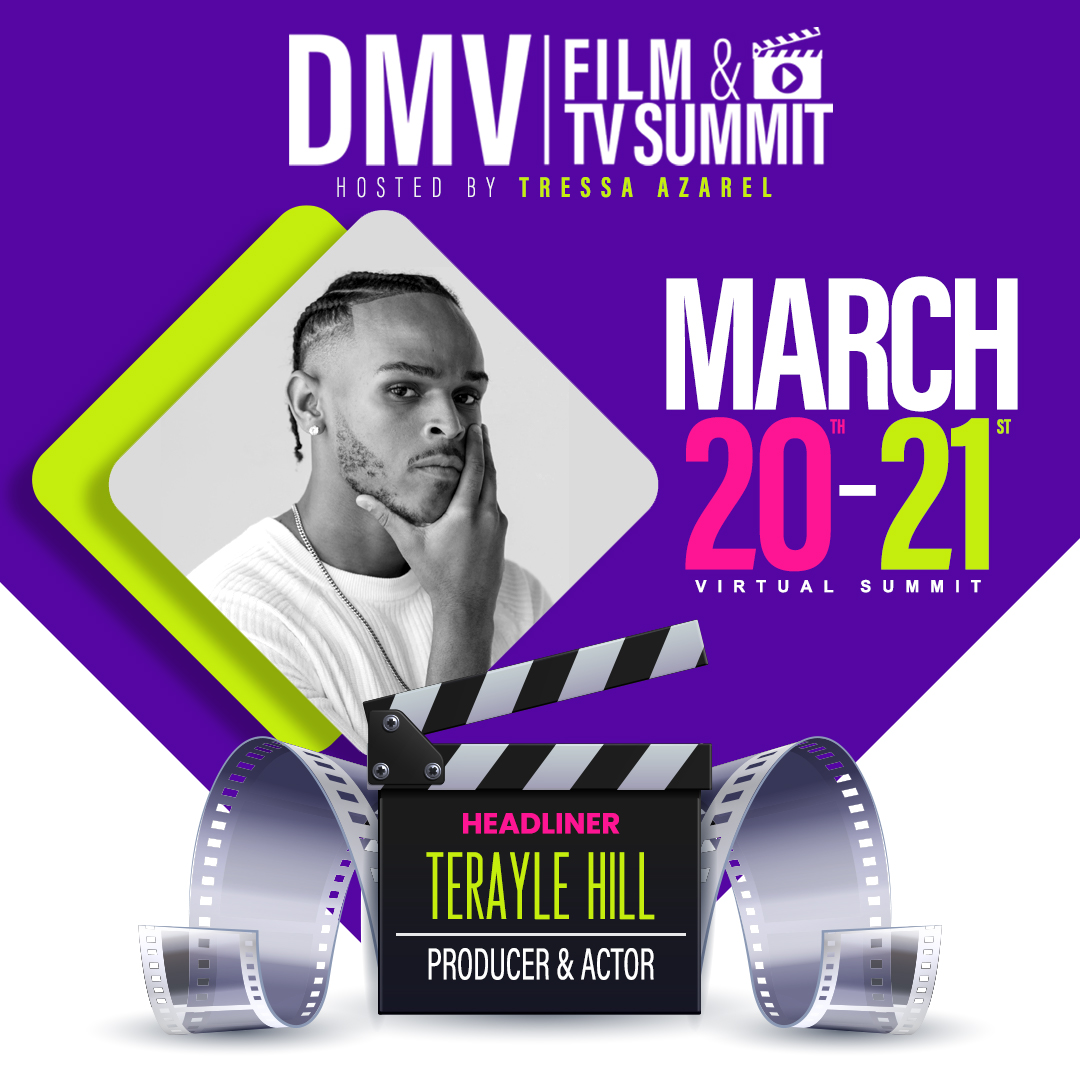 Terayle Hill is an American Actor, Producer, Rapper, and Entrepreneur.  He was born in Los Angeles, California in 1994 and raised in Moreno Valley, California – before venturing over to Atlanta, Georgia where he and graduated from Clark Atlanta University in 2016 with a Bachelors of Arts – for Television and Film.

Outside of acting, Terayle engages his time and energy in other areas of the entertainment industry.  Since 2014, he’s been directing and producing films that have garnered much attention and recognition in yearly film-festival circuits. Terayle has also brought his first love, rapping, to the main stage of television and film. He’s landed a few musical placements in the film industry.

He most notably wrote and performed a track for the Step Up: High Water Season 2 Soundtrack (Produced by Timbaland). His song, “Marquise’s Interlude,” details his character Marquise’s plight and self-realization from his perspective up to the finale of Season 2. The song is written by Terayle, but performed in character as “Marquise” and will be returning to the series for Season 3 on STARZ Network. He plans on releasing his debut album, “Hyena” in February of 2021.

When he is not in the studio, on set, or behind the camera, Terayle makes time to connect with the youth across the country.  Since the loss of his brother Tevyn in August of 2018, Terayle has instituted a legacy scholarship award in his brother’s name. This award was given to 15 high school seniors in 2019 who earned a 4.0 average or higher, a status that his brother was able to uphold throughout his scholastic career and encouraged Terayle to always strive for. He plans to continue this tradition for years to come.

Today, you can find Terayle progressing on his journey toward a higher truth.  He holds himself accountable to live by example and educate himself and others throughout his matriculation through life.  He is a strong advocate for mental health awareness and has assisted in producing multiple mental health podcast and productions since 2017.  He welcomes the opportunity to talk about his childhood diagnosis of Depression, and how he uses his love for the Arts to manage a healthy lifestyle and remain grounded.  Terayle has come a long way and has no intention on stopping any time soon.  He is on a daily pursuit of mastering his on-camera abilities, as well as making an early transition into entrepreneurship as the co-founder of a mulit-media enterprise that launches in 2021.