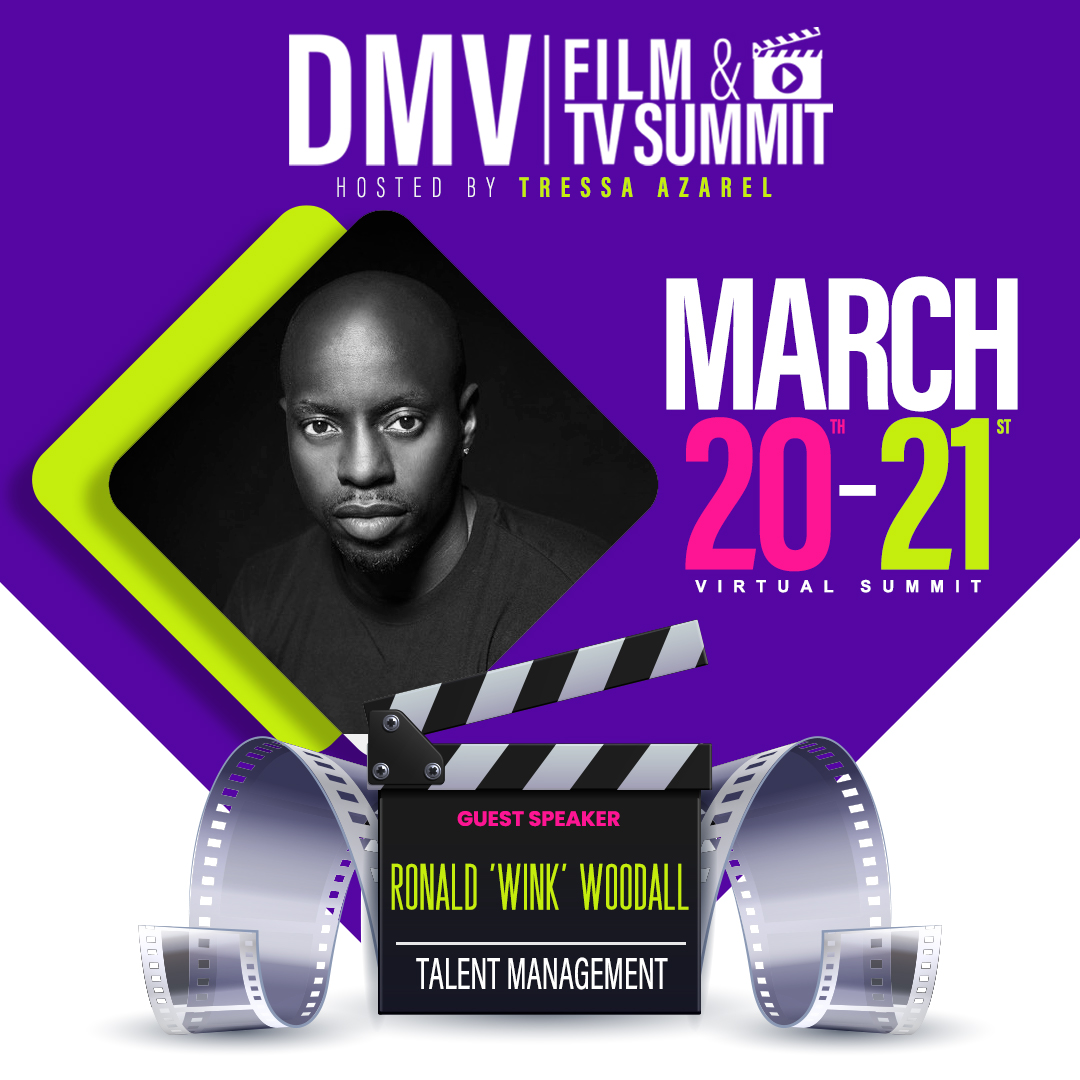 Wink Woodall is the Founder and Chief Executive Officer of The Talent Connect (TTC) an entertainment service hub that offers Talent Management. TTC, under the leadership of Wink, has participated in the official procurement of several network television and feature film related transactions including but not limited to the following entities: FOX, STARZ, ABC, NBC, CBS, USA, BET, TV One, Tyler Perry Studios, Macro Films, Lionsgate, YoutubeRed, Millennium Films, Dimension Films, Columbia Pictures, and several others. Association partnerships aligned with talent awareness initiatives/campaigns facilitated under the leadership of Wink include but are not limited to: NFL, NBA, ABFF, Urban World FF, Bronzelens FF, Newark IFF, PVIFF, NATPE, Prudential Health Care, TEGNA, and several other brands both inside and outside of the entertainment arena.

Wink’s journey began in the 1980’s when he joined the Black Spectrum Theater Company in Queens, NY as a childhood actor. It was during that time, under the guidance and leadership of Director Carl Clay, when he learned about his passion for the arts. In the theater program, he managed to audition and book several lead character roles in many of the productions for his age group; defining his craft to stand out amongst the rest. His performances garnered Recognition from local newspapers and ultimately led him to booking his first commercial, sponsored by the March of Dimes.

In the 1990’s, Wink joined Mollo Management Agency, which was known for launching the careers of stars like Lindsay Lohan, Michelle Trachtenberg, & Tyler James Williams. He also participated in local print modeling campaigns as well as urban modeling events like BET’s Rip the Runway. While he applied himself in the talent pool for acting and modeling, he also studied Education and Psychology at Hofstra University, where he took acting and entertainment business courses. As a student leader, Wink was appointed as a University Special Affairs Chairman for the African Peoples Organization. This role and several other similar roles he acquired while in college not only introduced him to knowing how to secure talent for university events but it also initiated his journey of transitioning from pursuing performance-related goals to engaging his interest in talent representation. Wink graduated with a Bachelors of Arts in Psychology and eventually a Masters of Science in Education.

With the overall experience of talent/business relations combined with a keen understanding of the social-emotional needs of “the working actor”, Wink has carved out a niche for his unique style of representation. Some may refer to him as the “Industry Guidance Counselor.” As business relations are a key element in navigating through the industry, Wink also incorporates his counseling background as a supportive feature while working with his clients.

In 2015, Wink launched TTC. It is currently a registered member of the national Talent Management Association. TTC is also a member of the talent representative Breakdown Services Ltd., which receives exclusive access to regional film, television, print, commercial, and theater casting listings. TTC’s mission is to “connect” with others to define their talent and help them take the necessary steps to work up to their fullest potential. Self love and motivation are among the core elements of TTC’s motto. For Wink, connecting involves several components. Not only does Wink communicate frequently with talent agents, casting agents and producing creatives across the nation, he also prides himself on forming strategic partnerships to help support the client’s overall brand.

Overall, Wink is humbly thrilled to be involved in structuring the career paths of several working creatives both past and present and looks forward to motivating and helping dedicated talent connect the dots that will lead them toward finding their own niche.