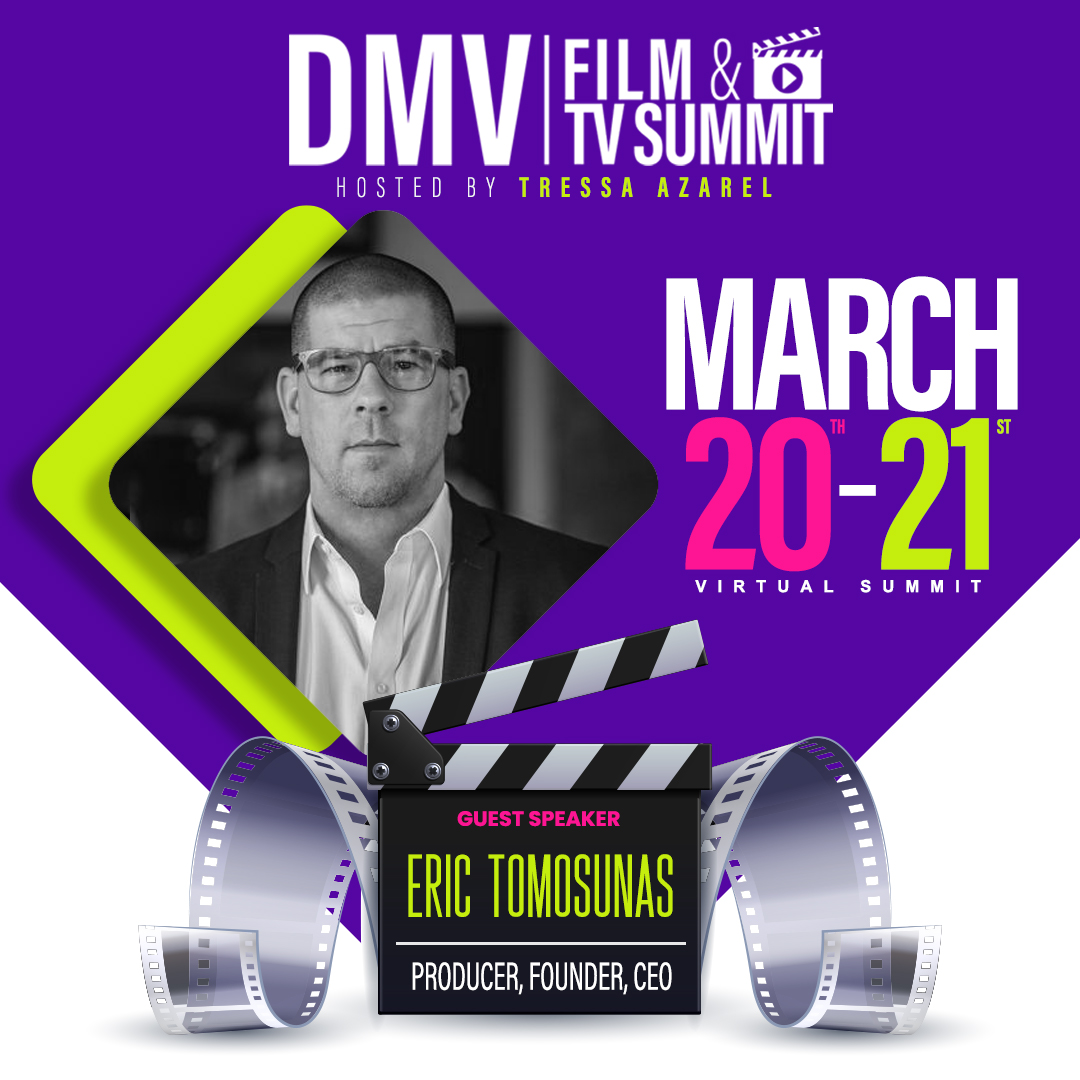 Eric Tomosunas, has established Swirl Films as the leading independent television and urban film production company. In the last 6 years alone, he’s led Swirl Films in creating over 60+ original productions across various platforms and distributors, including BET, TV One, Bounce, Lifetime, Hallmark, Reel One, Netflix & Up TV. Notable titles include Behind the Movement: The Rosa Park Story, Saints & Sinners,” and “Uncensored” to name a few. Recognizing the value in the booming Atlanta production scene, Tomosunas purchased a 100,000 square foot film studio in Atlanta in 2019, which he operates for Swirl productions as well as major network and studio partners.

Tomosunas coins himself as a solutions-based leader working tirelessly to empower and motivate his team to push the limits of quality production. His knack for creating inclusive and original content has garnered Swirl Films numerous awards and nominations for various films and series. Hallmark’s breakout holiday film Christmas Wishes & Mistletoe Kisses won an Epiphany and Movie Guide Award, they’ve also won a Telly Award for Behind the Movement and several Swirl Films properties have earned nominations from the NAACP Image Awards. Most recently, When Love Kills: The Falicia Blakely Story received a nomination from the NAACP in the Outstanding Television Limited Series or Dramatic Special category.

Getting his start in the entertainment industry on the music side, Tomosunas always had an interest in films. A Wilmington, North Carolina native, Tomosunas recalls shooting super 8 films as a child. Those memories of creating films stayed with him throughout his career which included being a band member, a DJ, and an ADR recordist for the iconic American drama “Dawson’s Creek.”

As an independent producer, Tomosunas admits that free time is a luxury. When he’s not tied up running multiple productions out of his Atlanta-based stages, Tomosunas enjoy playing soccer and is a dedicated Atlanta United fan. Tomosunas also serves as a board member for Kile’s Beautiful Mind, a nonprofit organization focused on supporting under-served youth who have an unwavering passion for the arts and entrepreneurship.