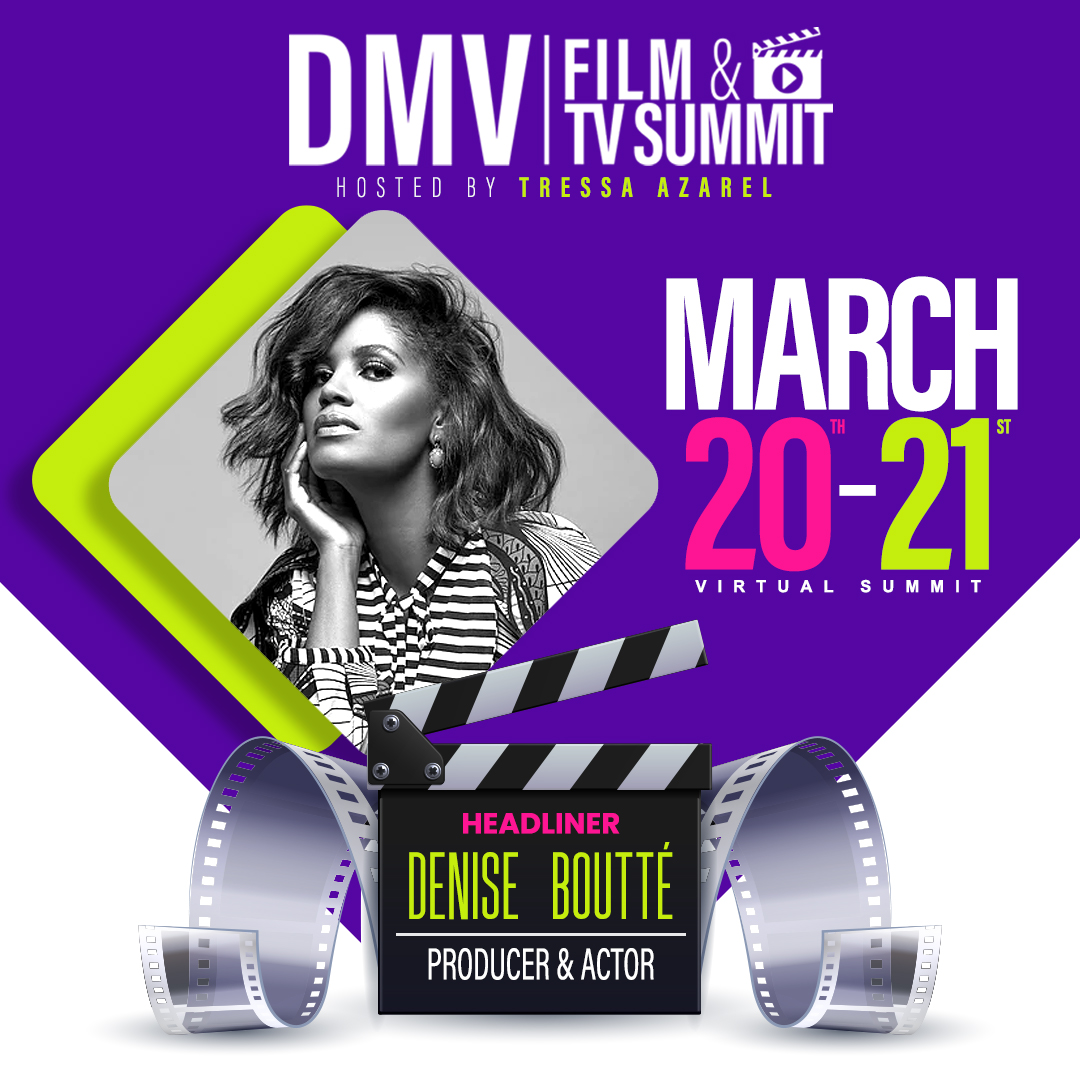 Growing up in the small town of Maurice, Louisiana, Denise Boutté dreamed the more practical dream of becoming a doctor, as conquering the “Lights and Cameras” of Hollywood never crossed her mind. Medical school no longer a passion, she switched gears, earning a degree in Mass Communications, minor in Marketing from Louisiana State University. Denise’s creative intuition led her to Dallas, TX and the world of Advertising. She quickly climbed the ranks from account executive to director of leading brands including Frito Lay, Pampers, Fossil, Mary Kay Cosmetics, among others. While overseeing client campaigns, she was introduced to life on-set, the seed was planted, she headed West.

Boutté is best known for her work on nationally syndicated TV series Meet the Browns, as Trina among star studded cast Tyler Perry, Janet Jackson, Jill Scott of Lionsgate blockbuster Why Did I Get Married? She portrayed title character Ruth, in the critically acclaimed, highest trending TV-One premiere of For the Love of Ruth alongside industry titans Loretta Devine, James Pickens Jr. and Gary Dourdan. Her most vulnerable, lead role to date, is her portrayal of Tasha Jackson in BET’s Her Only Choice. With phenomenal ratings and critical acclaim including the 2019 Satellite Awards nomination for best “Motion Picture Made for Television” Her Only Choice can currently be seen on NETFLIX. Other notable, lead rolls include The Bounce Back, starring alongside, Shemar Moore, Stan Against Evil, Couple’s Night, Secrets, Days of Our Lives, Key & Peele and many more.

Most recently, Boutte’ received the 2020 Indie Series Award for Best Ensemble-Drama, for her work as Producer and Actor in UMC’s Bronx SIU. She’s reprised her role as the voice of superhero Rocket and Raquel Ervin, in DC Comics fan favorite, Young Justice. Next up, Boutte’ stars as Jasmine Washington in romantic drama Never and Again, premiering on BET+ and BET February 11, 2021. On deck are films A Rich Christmas, Kombucha Cure, Before I’m Dead and she’s recently joined the cast of BET+ hit, The Family Business. Between expanding upon Weeziana Girl Culinary & several Drama and Film projects in pre-production, under her Imagine That Productions, entertainment banner, this Foodie, Producer, Actor is just getting started!

If no one gives you an opportunity… Create Your Own. DB’